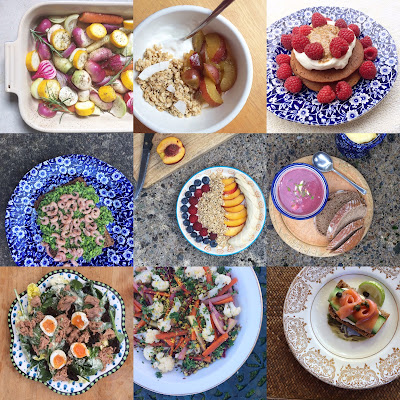 We are thrilled to have launched our fresh new blog design, complete with our latest recipes and reviews, over on:

Don't forget to add our new address to your bookmarks!

x
Posted by Not Just A Pretty Plate 6 comments:

Having read Felicity Cloake's article last week about how to make the perfect Salsa Verde, I decided to take on the challenge myself, so today I made a batch. This very versatile sauce can be made with a never ending combination of different ingredients. I think the ratio of ingredients you choose to use is dependant on what you are pairing it with, and of course personal preference. You can vary the texture, the saltiness and which combination of key ingredients you include in the mix. It would be nice to have all day to experiment with this magic green sauce, but sadly my Salsa Verde doesn't quite get a whole Sunday to itself! 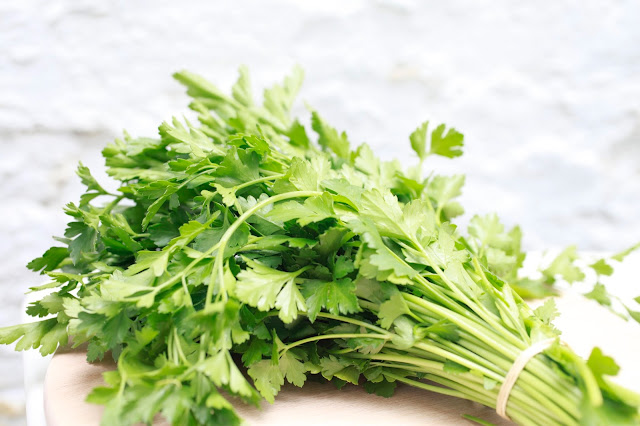 Making a Salsa Verde is a bit like salad dressing, if you practice enough you will find out the combination that works for you. As a gherkin hater I decided to leave them out, but parsley, garlic and anchovies all made the cut. With no food processor or even a Pestle and Mortar, I had do a bit of improvisation and use a soup stick, so this recipe is possible to make even in the lesser equipped kitchen. 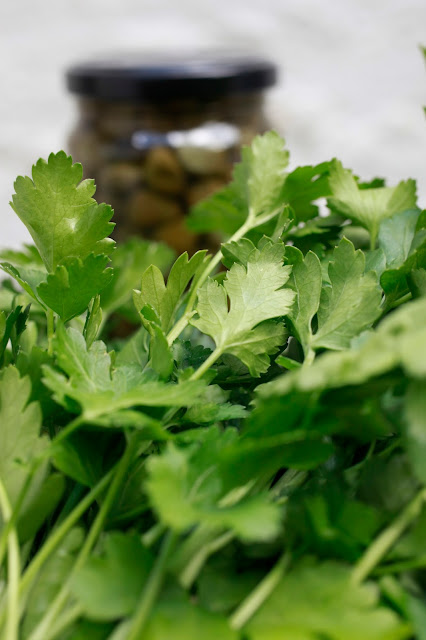 So far this batch of Salsa Verde has been enjoyed with freshly baked cod and also an omelette (a little bit of an odd combination), however it can jazz up vegetables and meat too. Personally I like to add it before the end of cooking,  this means the flavours are absorbed into the dish, adding it at the end you risk the sauce becoming rather overpowering.

To make one small jar you will need...

- Finely chop and salt your garlic clove, then using the side of your knife make into a paste, if you are using a food processor you do not need to do this.
- Finely chop your parsley leaves

- Put  the capers, anchovies, garlic paste and vinegar into a mixing bowl or food processor and combine into a paste
- Then add the oil, parsley and seasoning
- Further oil can be added to loosen the sauce
- The Salsa Verde can be kept for a few weeks in a jar in the fridge 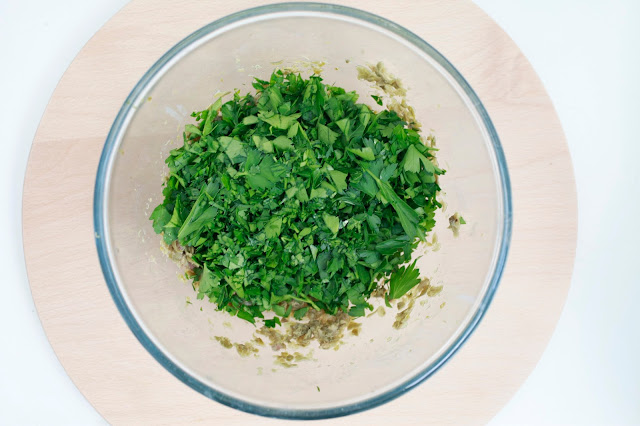 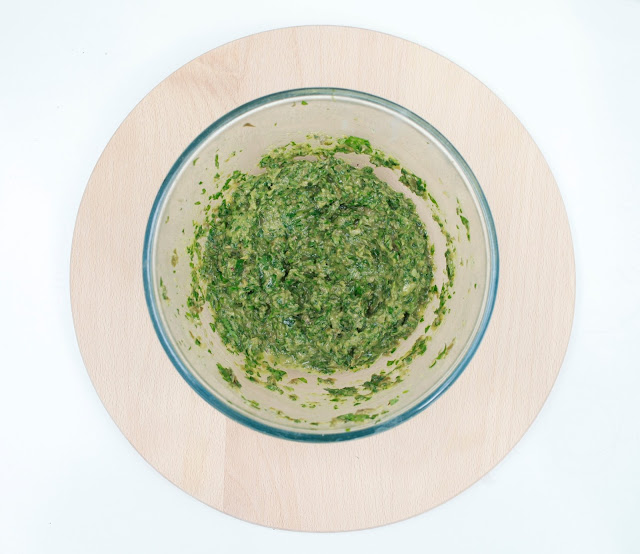 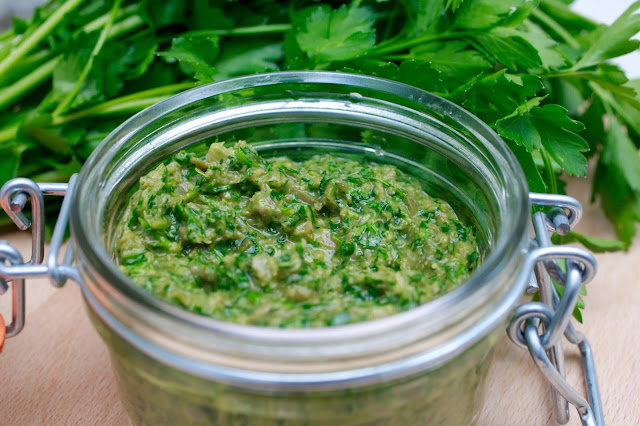 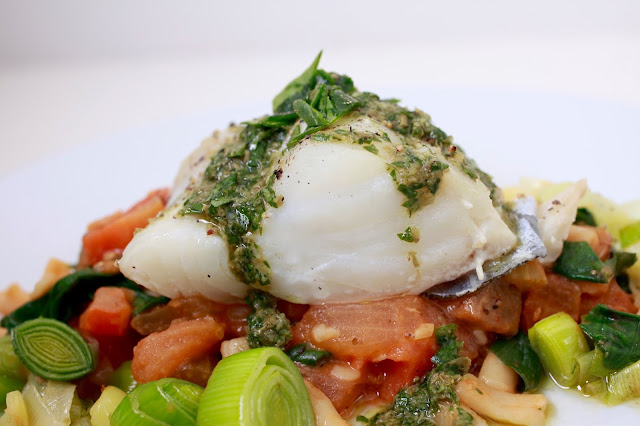 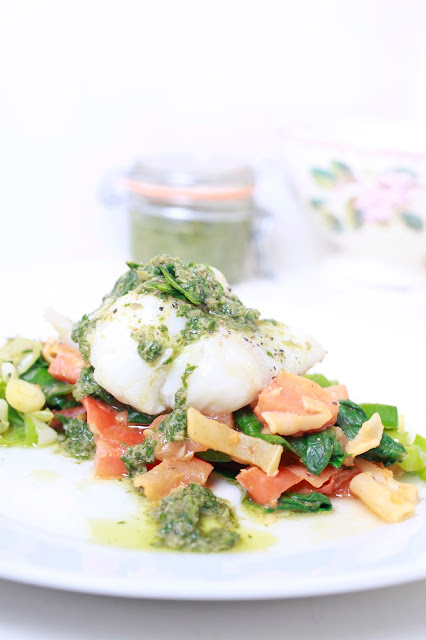 Posted by Not Just A Pretty Plate 5 comments:

It says it all in the name 'Spring' - the interiors, the food, and the atmosphere are all spring-like, very appropriate for this time of year. Spring restaurant is situated in one corner of London's Somerset House, a magnificent building that provides a great space to house an amazing restaurant. The chef behind it all is Skye Gyngell, an Australian who was formerly head chef at Petersham nurseries. 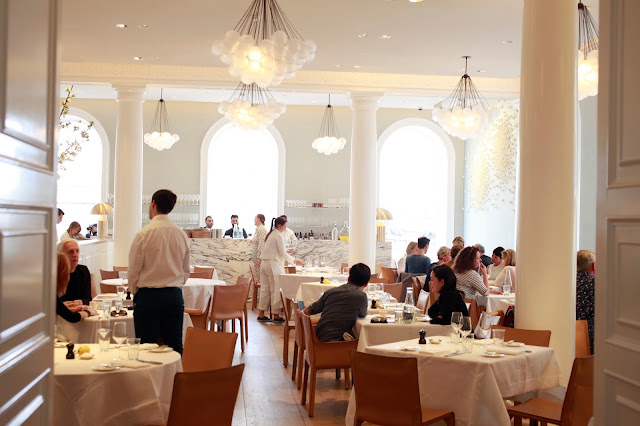 Her vision when creating the restaurant was to create a feminine space, she wanted her restaurant to be different from many west end restaurants which are frequently dominated by male energy. Skye's sister designed the interiors, as she felt that Briony understood her vision most clearly. 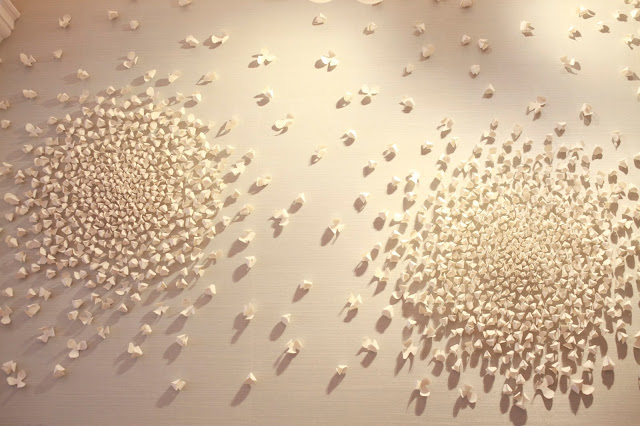 Skye's focus is on using fresh and seasonal ingredients, this was certainly reflected in the set menu that both my friend Lylie and I chose our dishes from. Skye sources all her ingredients from Fern Verrow farm in Hertfordshire - they harvest their crops based on the seasonal menu that Skye has written, so the food could not be fresher!

To Start with I had the Puntarelle a la Romana. Putarelle, I discovered, is a cousin of Chicory which gave this dish an underlying bitterness contrasting nicely with a minty sauce. This was a light and refreshing starter with a nice crunch. 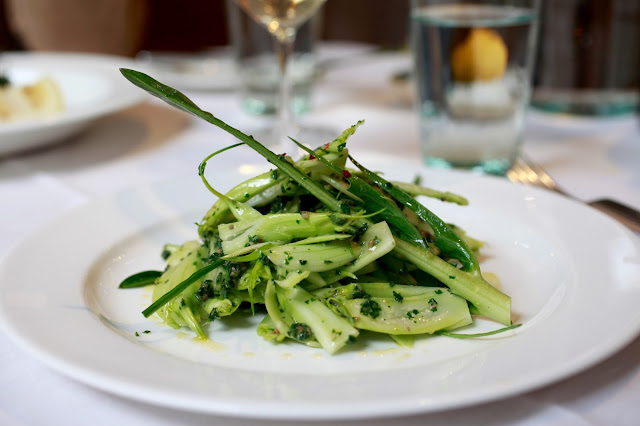 Lylie had the Salt Cod Croquettes with Camone Tomatoes, with the crispy breadcrumb coating perfectly complemented the soft cod and potato inside. The croquettes were accompanied by marinaded red spinach, which which was soft and flavorsome. Along with this came some delicious home made mayonnaise -  I wanted to take a whole jar of it home with me! 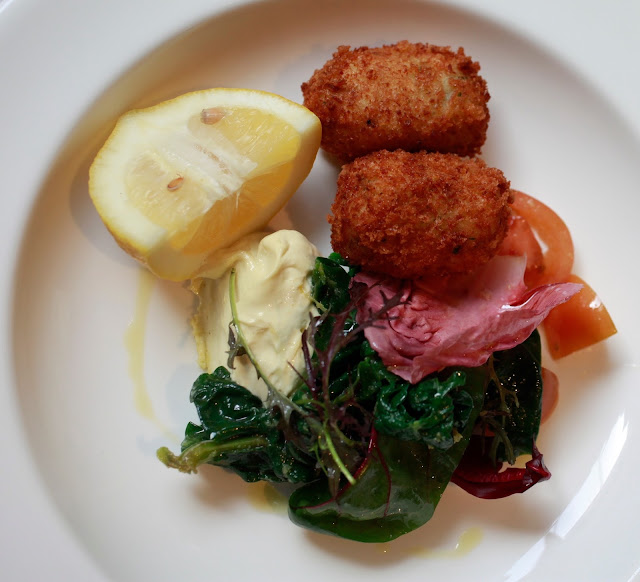 For main course I had Onglet with Jerusalem artichoke puree, braised radicchio and black garlic butter. The textures in this dish were melt-in-your-mouth, the beef was tender and perfectly pink in the middle, and the artichoke puree was silky smooth. The raddiccio was nicely charred giving it a bitter edge, but this was balanced out by a sweet marinade giving it a complex flavour. 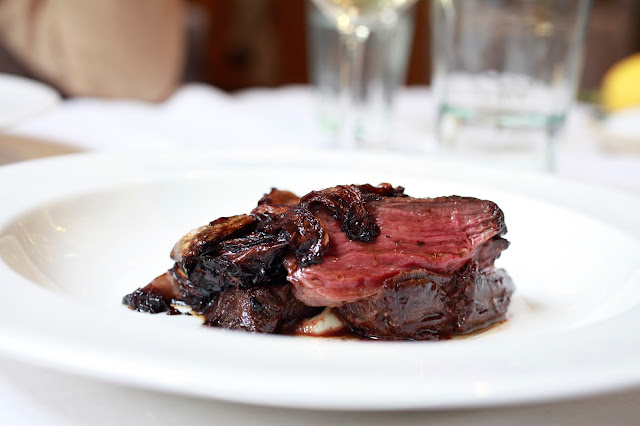 Lylie had the Roasted sea bream with pumpkin, curry leaves, and coconut sambal - another well put together dish! The sambal, which is an Indonesian sauce made from a variety of chilli peppers, brought the fish and pumpkin together nicely with a fiery kick. 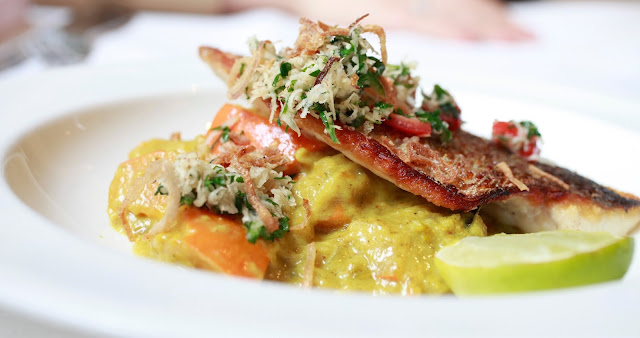 To finish I had a Bakewell rhubarb and almond tart with a nice dollop of creme fraiche. The pastry was light and rhubarb not too tart. This was, in my eyes, the ideal way to finish off a pretty damn good lunch! 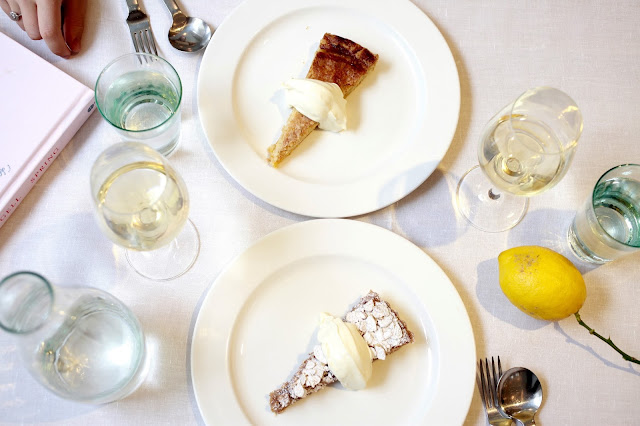 Lylie had the Citrus Shaker Tart with creme fraiche, I would recommend this pudding to those who do not have such a sweet tooth, as it had a zesty marmalade undertone complemented by amazingly light buttery pastry.

With not a crumb left on our plates, we went to sit in the Garden Room. As the name suggests, this space had an outdoorsy feel to it, with the walls being covered with giant  gunnera leaves cast into tiles, and  trees sitting in the middle of the room. 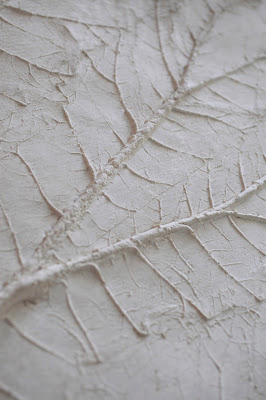 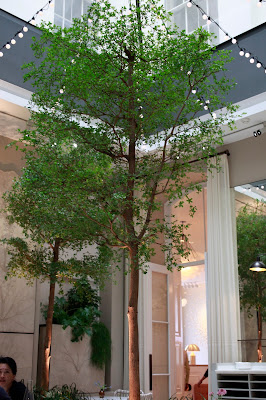 I liked the fact that every component of each course had clearly been thought through - so many restaurants make the meat the 'hero' and accompany them with substandard vegetables, so Spring's considered approach to all the produce they use was refreshing.


We also had a flick through Spring the cookbook which has a delicious selection of Skye's recipes, definitely one I will be trying some recipes from soon. 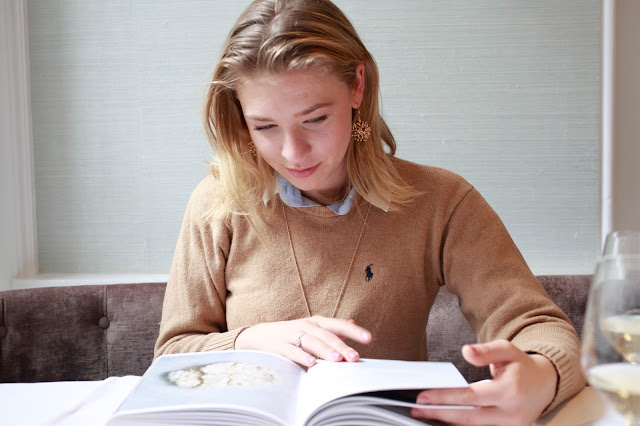 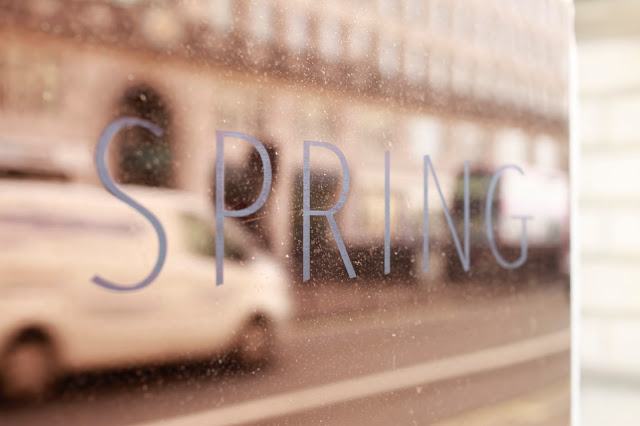 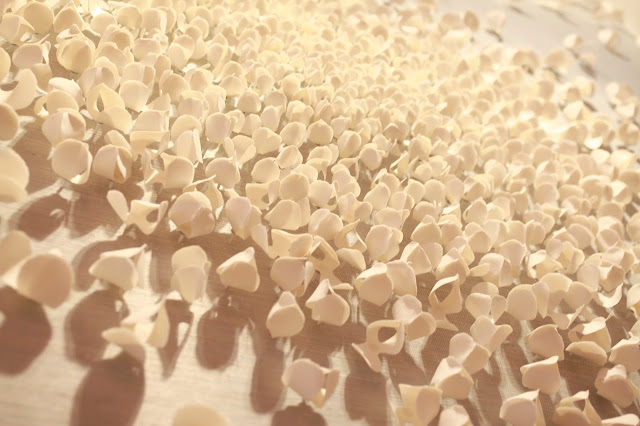 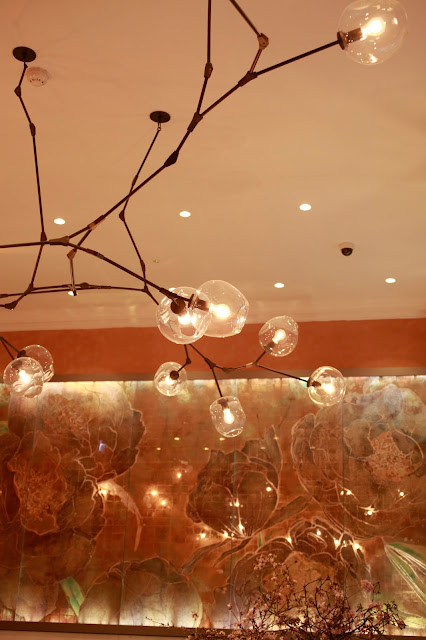 Z x
Posted by Not Just A Pretty Plate 3 comments:

Search for a particular recipe or ingredient...

We have been shortlisted! 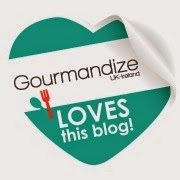